This two volume study in large part grows out of a contract awarded by the Office of the Deputy Under Secretary of Defense for Industrial Policy entitled “Assessment of the European Defense Industry and Market.”

The United States today faces epic challenges—in economics, national security, energy and the environment—that closely link our national and personal security. Globalization lies at the heart of many of these challenges; this central driving force of change has come into America’s homes, affects the most fundamental elements of national governance and, ultimately, will shape both our prosperity and our security.

Globalization offers benefits but carries significant challenges and risks. The challenge for policy-makers is how to maximize the former while mitigating the latter. Hence, in the context of the global financial crisis, we are rethinking some of our basic operating models: redefining the government’s role in regulating an increasingly interconnected global economy. We also are realigning our defense capabilities to deal with threats—often not contained within a national boundary or identity—that endanger our national or economic well-being or even our survival. To better address the globalized threats we face, our government is already reorienting the capabilities of our national security forces to a new balance between conventional and irregular warfare, while keeping homeland security a central focus.

The United States needs a new model of “globalized” national security for this changing world: we must realign longstanding policies away from go-it-alone approaches to coalitionbuilding and cooperation in support of shared objectives with our allies. In this context, the Transatlantic relationship stands at the center of our approach to ensuring our future security. Our enduring alliance with our closest allies and friends will be critical to our strategy.

Yet, we face a clear set of challenges in our Transatlantic relationships—the need to develop shared views of the threat and joint solutions, the need to share technology in support of these efforts, and the need to maintain strong economic ties at a time when protectionism looms in the midst of a significant recession.

Now, when we most need to re-examine our Transatlantic security model, this new two volume study by Jeff Bialos and his co-authors—Fortresses and Icebergs: The Evolution of the Transatlantic Defense Market and the Implications for U.S. National Security Policy—provides key insights and a roadmap for the United States to leverage Transatlantic security opportunities. The study offers a deep and fresh understanding of the evolving Transatlantic defense marketplace, the role the U.S. government plays in shaping its future, and the defense market’s relationship to our national security.

This important two volume work is particularly unique with respect to the detailed data on defense markets it provides. With approximately 231 Figures and Tables and in-depth chapters on the United States and seven European countries, it provides a rich data set beyond that seen in other studies. The country-specific assessments will be of great interest to government officials, industry executives and policy analysts alike.

• What is the degree of access U.S. firms can achieve in European defense and security markets, and to what degree can European firms access the equivalent U.S. markets? The study analyzes the range of market barriers, using quantitative measures where possible. It offers a more rigorous basis for understanding the barriers—beyond myth or perception.

• What are the effects of the European Union, as distinct from separate European nations, on the defense and security markets at the prime and lower tiers of industry? The study describes the significant changes underway in the European Union, which is coalescing roles and authorities in defense and security markets – as a regulator, coordinator and, gradually, buyer. This is a major development the United States cannot afford to ignore. We can no longer cooperate only on a bilateral level or through NATO; we must deal with the growing role of the European Union.

Why Do These Issues Matter?

Three aspects of market access are vital to the United States and Europe for our mutual security:

• Coalition operations will be a central construct for future security operations. Strong industrial linkages and pre-existing shared protocols and products encourage integrated, interoperable performance and offer significant battlefield and cost advantages. We cannot afford to again go into coalition operations as unprepared to work together as we were when we initiated Operation Iraqi Freedom.

• Both the United States and Europe can gain from enhanced competition in consolidating defense markets. More open and accessible acquisition programs on both sides of the Atlantic would afford opportunities to a wider set of competitors with a broader range of alternative solutions. We would get not only the cost savings and innovation benefits that competition inherently brings but also some new solutions resulting from European research and development spending – dollars we could save.

• Growing protectionist risks, fueled by the ongoing economic crisis, are of great concern as they can adversely impact national security and economic competitiveness. The global economic crisis exposes our weakest links; we must resist opting for local, short-term payoffs that may seriously harm our long-term best interests. Defense jobs and technology, already prone to protectionism, could become increasingly isolated if conscious efforts are not made to open these markets.

In short, the market access issues addressed by Fortresses and Icebergs really matter.

Even as this study is being released, critical public policy decisions relevant to our European allies and the future U.S. security posture are being debated. This new two volume work tackles head-on a number of the key issues that will shape the future:

• Defense acquisition competition process, realities and decisions in both markets; and • The nature of our engagement with the European Union, in addition to NATO and national governments in Europe, with respect to defense and security markets.

In sum, the United States needs to step now—with both feet—into the twenty-first century and embrace this reality: we can best deal with the threats posed by globalization by leveraging the solutions offered by global engagement with close allies. Fortresses and Icebergs offers an important foundation for this effort—setting forth both the rationale and the roadmap for our engagement with Europe on defense markets in support of our mutual security objectives.

Chair in Public Policy and Private Enterprise, School of Public Affairs, University of Maryland Former Under Secretary of Defense for Acquisition, Technology and Logistics, 1997-2001 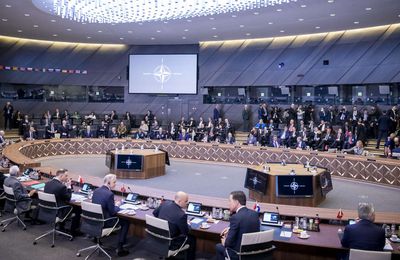 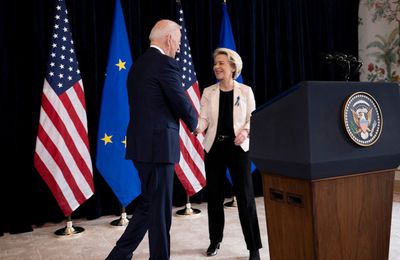